by admin  |  No comments | Adventures out of LL, Uncategorized

At the October meeting of the Long Lake Historical Society, Harold (Bunny) Austin and Tom Bissell were the guest speakers. Tom started off on the topic of why people came to Long Lake. He remarked that most early settlers came from western New England such as Vermont and western Massachusetts. In the 1830s there was a shortage of land and the land was “wearing” out from years of farming in those areas.

The early settlers were lured by advertisements extolling the virtues of moving to the Adirondacks where they would find fertile ground and fields of wheat waving in the gentle breezes. . . a slight exaggeration. In the early years they had some success with farming as the land in the Adirondacks had been solidly tree-covered and undisturbed. Fertility was shortlived, however, as the soil was poor, sandy and hardpan under the thin cover of fertile soil. Not to mention that these early settlers had to contend with tree stumps and rocks. Tom stated that although one could buy land for as little as a $1 an acres, it cost $10 to clear it.

By the 1840s people drifted away. Morehouse, a town in Hamilton County had a population of 150, but by 1840 only 10 residents remained.

The mine at Tahawus started c. 1826. Unlike the modern mine founded in 1941, there was not much opportunity for employment for Long Lakers as the route to Newcomb was primitive at best. Robert Shaw did work at the mine when his family faced an economic crisis He mostly stayed at the mine as it was a difficult journey to undertake on a daily basis. This first mine lasted until 1857, when the Panic of 1857 hit. Economy in the northeast took a nose dive.

Even though a blast furnace had just been installed in 1854, demand ceased.

Long Lakers continued to rely on farming for their livelihood. David Keller had the largest farm of 58 acres and was quite successful. He had farmed before coming to Long Lake so he had an advantage over his neighbors.

Meanwhile, back in 1813, the Schroon River opened to log driving, soon the Hudson opened and lumbering reached North Creek. It wasn’t until the 1880s that lumbering came to Long Lake. Along with lumbering came an increase in the population of the town. By 1910 there were 1000 people in Long Lake. Because Long Lake relied on the Raquette River, our logs went north and not to Glens Falls. Prices in the north were lower than those in the south so Blue Mountain Lakers and Raquette Lakers and Indian Lakers had an advantage over us as they could send their logs down to Glens Falls. Eventually, the railroad reached Long Lake West and logs would now be shipped south.

In 1869, Rev. W.H.H. Murray wrote Adventures in the Wilderness, which extolled the Adirondacks as a paradise for hunting, fishing, boating, scenic views, etc. thus beginning the tourist industry which still exists today. Tourists came. They hired guides, so farmers became guides. They required accommodations so hotels were built. The heyday of the grand Victorian hotels ended in the depression of the late 20s and 1930s. Sagamore Hotel 1888.

He started with a tale about the snack bar. Chris Wallace was cooking, the restaurant was full, an out-of-town lady at the counter was gazing out over the frozen lake. She turned to Chris and asked in a thoughtful way, “what happens to all this ice on the lake in the summer?” Chris replied without a pause, “it sinks to the bottom.”

Next Bunny talked about cutting ice down at Hackett’s Camp Riverdale with George Cole, Ed Hamner, Bill Boone. At the time he was courting Evelyn, his wife, and missed seeing her while they were down the lake. There were no roads from Hacketts to the town. Bunny asked the boss, if he could take off after work at 4:30, walk to town on the frozen lake, see Evelyn and return by breakfast the next morning. His boss agreed so Bunny took off. He ran 100 paces on the frozen lake, walked 100 steps and pretty soon he reached Round Island where he found a grebe in distress. It was stuck trapped by ice and it would surely die so Bunny stopped and gently worked his hands under the birds breast and patiently worked the bird free and tucked her in his jacket and continued on his way. Looking ahead towards the Lagerquist camp, he could see a figure moving across the lake towards the camp. He appeared weighted down and was moving slowly. Bunny called out, thinking maybe he needed help, but the figure stopped briefly looked towards Bunny and turned and picking up the pace of his progress Schaeferhunting7.jpghustled to the shore and disappeared into the woods. By this time the bird in his jacket started to wiggle around so when Bunny opened his jacket the bird took off in a hurry flying who knows where. Bunny just kept on going and reached town visited with Evelyn and then returned back down the lake (about 10 miles) for breakfast.

Years later, Bunny learned that the mysterious figure on the lake was Joker Houghton Sr.. He thought Bunny was a conservation officer who was after him. Joker’s loaded down packbasket was chock full of venison which is why he hustled himself out of sight into the woods.

by admin  |  No comments | As The World Turns, Event News, People, Uncategorized, Workshops

On October 1st, 2011 fans of As The World Turns stars Martha Byrne and Ellen Dolan arrived in Long Lake NY to participate in a unique fan weekend. Soap fans had the chance to act one on one with real life soap opera stars.

The story follows Grace Duryea (Martha Byrne) as she returns to her hometown of Long Lake, NY for the reading of her estranged father’s will. She’s reluctantly returned after 20 years. The characters she interacts with are all played by fans participating in the unique weekend.

Charlotte (Ellen Dolan) is upset about Grace Duryea’s return to Long Lake. Charlotte wants to keep the ghosts of the past buried, but now it is nearly impossible.

Please note: All characters are fictional and created for this project. Any resemblance to anyone living or dead is a coincidence.

Special thanks to Ali Baba’s Liquor Store and Quackenbush’s Long View Wilderness Lodge in Long Lake, NY for providing us with great locations.

It’s just one of many events offered to visitors in Long Lake, NY. More episodes to follow and look for Adironack Affair in 2012. You can act with the stars!

On Saturday, October 8, 2011 the Town of Long Lake and the Adirondack Lakes Center for the Arts collaborated together for OcktoberPETfest. The event featured a craft fair, a magician, bounce house, a Pet Parade Contest, Pet Agility Course, a Pet Maze and a Punkin’ Chunkin’ Competition.

It was a beautiful fall day and we thank all our vendors and guests for coming out. Special Thanks to the Adirondack Lakes Center for the Arts for their support and great staff and as always enriching our events! Always remember to support your Arts Center so we can keep bringing you great events all year long.

Thank you to our vendors, the Long Lake Artisan’s Cooperative, The Long Lake Lions Club, Flavor, Cybercreek Cafe for providing us with the great yummy food.

Most of all thank you to our Punkin’ Catapult Builders. Brittney Olbert & Trevor with Tamarack Attacks – the ultimate Winners plus The Dominator built by Chris Howe, Thom Ross, Nick Luxford and Jimmy Waite’s “Puppies Love to Fly” (I’ll fact check back at the office) No animals were hurt in the Pet Parade or the Punkin Chunkin Competition!

Click here to watch a highlight video featuring “It’s Not the Fall That Hurts” by The Caesars.

From Adirondack Almanack, written by Diane Chase with additional contribution from Long Lake Parks and Rec.

This Saturday, October 8, two fall festivals have combined forces for what is shaping up to be a fun family event. The Long Lake Harvest Fest and The Adirondack Lakes Center for the Arts Pet Fest will be held at the ball field in Long Lake from 10:00 a.m. – 4:00 p.m. 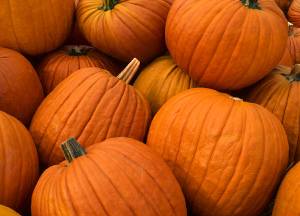 “We have been working with the Adirondack Lakes Center for the Arts to make this an event for everyone,” says Long Lake Event Coordinator Danielle Gagnier. “It is the third year for the Pet Fest and we wanted to work with our neighbors at The Center to provide an active event for the Columbus weekend.”

According to Gagnier, the Long Lake Oktober Pet Fest will host a variety of unique activities geared toward pet owners. There will be a pet agility course with everything from seesaw to hurdles. Owners can register their pets for a maze and the pet show. Prizes will be awarded for Best Pet Trick, Most Unique Pet, Look Like Your Pet and Best Stuffed Pet.

The stuffed pet can be anything from toy to taxidermy. Don’t worry there is plenty to do in addition to the pet activities. One unusual event will be the “Punkin’ Chunkin’. In years past the Harvest Fest held a pumpkin drop but this year “pumpkins will be flying.”

“We have made the event, in many ways, like a carnival,” says Alexandra Verner Roalsvig, Director of Parks, Recreation and Tourism for Long Lake. “There are various activities that will require a $1 ticket. Other events are free. Activities requiring tickets include Magician, Bob Shelley, T-shirt and pumpkin painting, the bounce house, the Kid Zone, Pet Agility Course, the Pet Maze and the fan favorite, the Pet Competition Show Down. Tickets are available for $1 each, and if too many trips to the bounce house add up, wristbands will be available for the kids for access to the fun and games. Play a game and win a prize too! The Punkin Chunkin is new this year. We are asking that people design their own catapult and we provide the pumpkins. That activity is free and we are hoping to see some real originally being shown while participants see who can launch their pumpkin the farthest.”

There are rules for the Punkin’ Chunkin’ Each participant will receive three pumpkins with a misfire being treated as a foul. Each pumpkin will weigh approximately 8-10 lbs. so plan accordingly. No cannons, ignitables or explosives, if that is where your mind is running. Eye protection and hard hat is provided.

Roalsvig is hoping the combined festivals will appeal to visitors and local residents. By keeping the ticket price for various activities at the one-dollar mark, people can pick and choose where to spend their money.

“The Kids’ Zone is going to have Magician Bob Shelley, pumpkin painting, bounce house and T-shirt painting. Each activity will require a ticket but it will be well worth the price,” says Roalsvig.

“The craft fair will be held under the tent and that is free. This year we invited the Long Lake Artisans to be part of the craft fair,” says Roalsvig. “We have wonderful handmade crafts like fishing flies, table runners, Christmas decorations, rustic furniture, fabric arts and a variety of candles. We insist that the products are homemade crafts. Boat builder Bunny Austin just refurbished a guideboat and will have it on display. It has an historic reference so people are encouraged to stop and talk to him about the guideboat and its story.”

Traditional German fare as well as maple cotton candy, Kettle Corn, gourmet desserts and a Saranac Root Beer tasting can be enjoyed while listening to the acoustic music of Adam Reynolds and John Hill.

Parking for the Long Lake Oktober Pet Fest can be found at the Long Lake Central School Parking Lot off Route 30. Call 518-624-3077 for additional information.