by admin  |  No comments | Spring Things to Do

What else is one supposed to do in April in the Adirondacks?   The snow is melting, the black flies haven’t arrived, but the weather is getting nicer daily and you just want to go out and explore the region before it gets mobbed with visitors and you can’t go boating, because well, the lake is still frozen! Take a road trip and head north!

The Adirondacks is well-known for the High Peaks, Lake Placid and even Lake George, but there are small communties, 101 towns and villages dotting the travel corridors of the Adirondacks waiting to be discovered. Many folks who travel and visit to our well-kept secret communities may not want us to flaunt our existence for fear of over-trampling by the masses, but our small town character is well-preserved and retained and we can certainly handle a few more visitors curious about the more undiscovered playground of the Adirondacks.  All are welcome to discover all what make our small-town year-round communities unique. Travelers will be amazed by mother nature just by taking in the outstanding beauty on the drive.  Visitors may spot a loon on the lake having just returned from its southern vacation. Not seeking a rigorous hike, but longing to get outside and take in the fresh air, take a short trek to discover a roaring waterfall.

In Long Lake visitors have to check out Buttermilk Falls located on North Point Road, County Route 3, for a short trek and roaring falls.  Travelers heading along the NYS-Route 28 Corridor can stop at Death Brook Falls in Raquette Lake, located across from the Golden Beach Campground.  Park by the yellow gate and make your way to Death Brook, best seen in times of high water, and spring definitely fits that bill.

Once done with the rejuvinating outdoor adventure, don’t miss out on our unique places to shop, which happen to be open, even in April!  Not everyone goes away for Spring Break.  We’ve pulled info on amazing retail shops located in Long Lake that you won’t want to miss.

As Martha Stewart says, “if you can’t find it at 40-year-old Hoss’s, you probably don’t need it.”

Operating for over 40 years, this family run business has something for everyone.  Warm clothes to layer up with (because it’s the Adirondacks, wait five minutes and the weather changes), fishing gear, camping gear, the hugest gluten-free food aisle (probably in the Adirondacks) and a vast assortment of gifts, toys, books and of course always a great deal on beer including some New York State home-grown favorites!  Oh and there’s a tree inside the store too. Really.  A tree.

A fun fact, the Adirondack Hotel, the Adirondacks oldest continuously running hotel in the Adirondacks is open year-round, daily with dining, tap room and a retail store with a collection of great items.  From gifts and jewelry, don’t miss out on this treasure trove of fun items available for sale.

Louisa Wright is a 7th generation Long Laker and has a retail shop, Incapahco Art Song Studio located behind Hoss’s Country Corner and across from Stewart’s Shops in Long Lake. Her spring hours vary, depending on cleaning and unpacking of inventory, but if her car is parked outside, pop on in and check it out.  Everyone is welcome. She offers art supplies, workshops, gifts, clothing, art all handcrafted locally.  It’s a gem.  So much to discover.  Louisa is always creating a new and unique project and visiting her store is a treasure trove of delight.

The ADK Trading Post is located at 1601 Tupper Road in Long Lake.  Stopping at the Post and you can fill up your car with goodies.  The ADK Trading Post serves up fresh, hot paninis, great gifts, the local newspaper and homemade soups.  On your way to a dinner party, pop your head in next door at Ali Baba’s Liquors and grab a bottle of wine, or a nice hostess gift at reasonable prices and a convenient location.  You can even do your laundry and have reiki at Dina Kennedy’s studio, if the idea suits you.  1601 Tupper Road, is just shy of Lake Eaton, heading north to Tupper Lake and offers a retail experience, essentially all under one roof.

by admin  |  No comments | april fools

Long Lake NY announces a “humongo” federally privatized grant with untraceable paperwork for the expansion of the Mt. Sabattis Recreation Center, the Pavilion, Ice Skating Rink, the site of the old highway garage and some parts of New York State Forest Preserve Lands. The grant will provide funds to build an indoor pool, install a chairlift and a fire tower, a 100 room luxury hotel with spa facilities to be leased and operated by an unknown, not-named entity who may be the President and some other surprises including robotic bears that will be available for viewing at the Long Lake Transfer station. In addition there will be the purchase of a Zamboni machine and snow making equipment to line all the snowmobile trails to extend snowmobile season to a year-round activity. 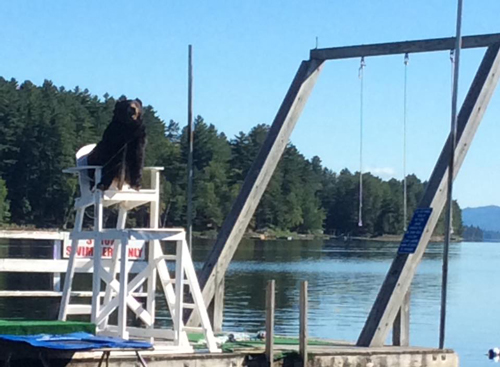 Plans to submit a plan to state agencies by an anonymous benefactor were announced today at a press conference at the Long Lake Town Beach. Architects and community developers unveiled architectural designs for a solar powered chairlift, under 40 feet high, to be installed from the eastern shore of Long Lake to the top of Kempshall Mountain. A fire tower will also be installed so anyone who gets to the top can actually see the lake. This new controversial plan to install the chairlift and replace the fire tower was the brain child of an avid hiker who accidentally climbed Kempshall to discover there was no view.

Map of Kempshall Mountain located on Long Lake.  Plans to install a chairlift in talks as hiking up this mountain is an exercise in futility as there is “no view”

Two Million Dollar Treasure Hunt
All seasonally closed hotels, motels and businesses will be open for the Great Adirondack Treasure Hunt increasing the total beds available in Long Lake from 40 to 60 with an anticipated increase to economic activity in the community by 300%. 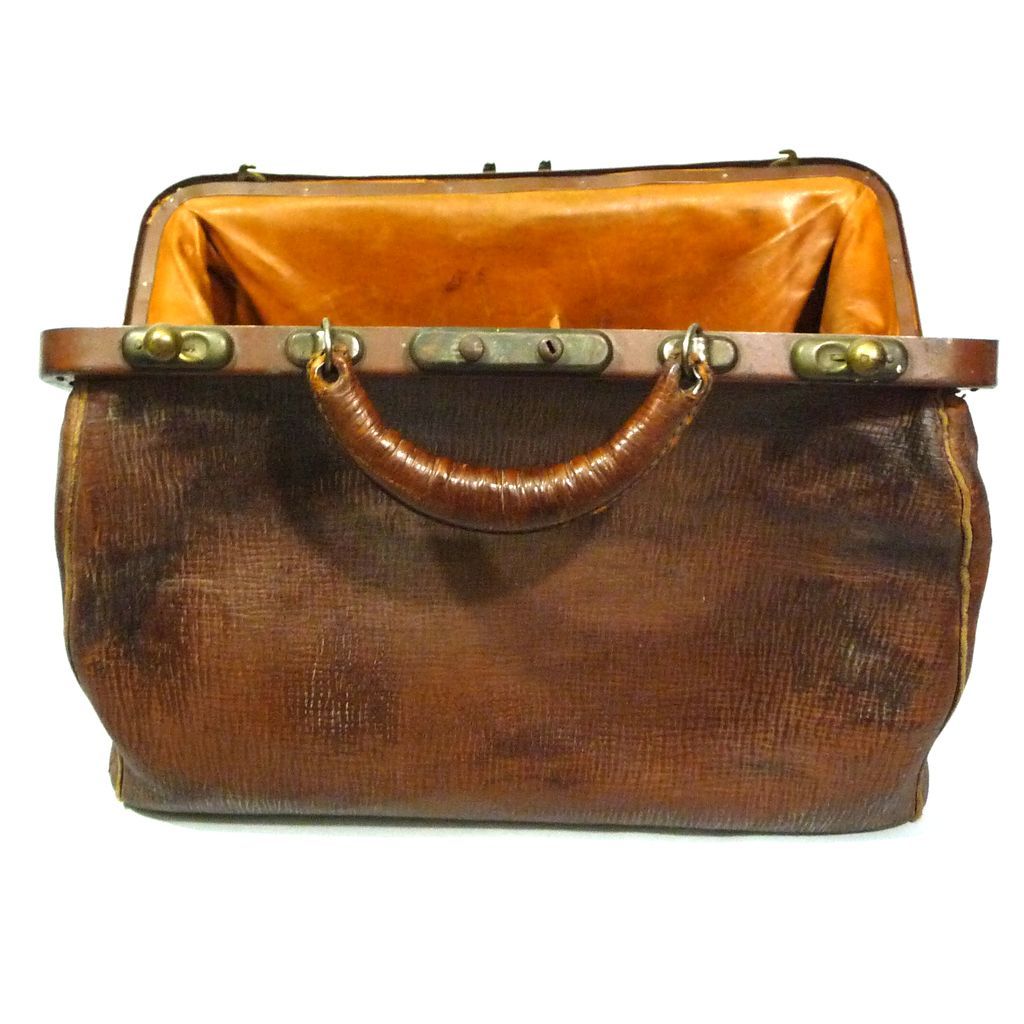 JP Morgan’s Leather Valise to be used for Treasure Hunt

A benefactor recently donated two million dollars and buried it somewhere in the Hamlet of Long Lake inside a leather valise. Modeled after the popular Road Rally and Scavenger Hunts held by Parks and Recreation, this timed race will include clues and physical challenges leading the participants to the hidden valise containing the two million dollars in unmarked bills. This Scavenger Hunt activity will involve boating, hiking, snowmobiling, micro-spiking, fishing, snipe hunting, rock climbing and fat tire bikes. Contestants will have to identify all UMP’s the Town of Long Lake is listed in, and recite in alphabetical order and know all the recreational activities allowed in each designated area before getting to the final level of the competition. Participants also need to know the difference between Primitive, Wild Forest, Wilderness, Canoe, Intensive Use, Wild, Scenic and Recreational Rivers, Travel Corridors, Historic, State Administrative Detached Forest Preserve and other land classifications to get to the next level of the competition.

In other news.. it’s snowed again.

Good luck to everyone.

This piece was written by Alexandra Roalsvig, the Director of Parks, Recreation and Tourism for Long Lake for ten amazing years. Alex moved back to her hometown of Long Lake 10 years ago today (April Fools Day) so she’d never ever forget the date. In her 10 years as Director she’s overseen a lot of stuff and written a lot of blogs and taken a lot of videos and photos and filled out a lot of paperwork, so much that you’d have to ask her about the specifics, because it’s too much to list here.